Fear of failure and procrastination. What does one have to do with the other?

You often procrastinate because:

These are the common reasons we procrastinate, and they seem to have nothing to do with fear of failure.

It mostly relates to “not giving a task enough attention or priority.” So rather than fearing a loss, you’re unmotivated because success isn’t rewarding enough.

Is it possible that fear leads to procrastination?

Your first thought may be: “No, I don’t fear work. I just don’t feel like doing it or it’s boring.”

Let me know if you’ve been here before:

How Does Fear of Failure Lead To Procrastination?

We fear failure, not necessarily because it puts us in danger, but because it makes life harder.

I believe that we use our results to negotiate whether procrastination makes sense or not.

Fear of success also exists, but failure is the most common scenario. How can you overcome that fear without a master’s in psychology?

All you need to do is recognize the causes.

The moment you detect these patterns on yourself, you expose fear, which cancels it.

First, you need to understand what causes this reaction.

But before you tell yourself you don’t think of that problem, check for these patterns.

You don’t need to feel intense fear to procrastinate. Even the simplest thought can cause you to retreat.

First reaction? Of course, I don’t! I have valid reasons to avoid working. Even though it seems like I’m procrastinating, “it’s all intended and under control.”

Let’s find out where excuses come from:

Suppose you arrive late at work because of a traffic jam. When your boss asks about the delay, should you blame the traffic for not arriving on time?

Although excuses are real justifications, they aren’t the reason you fail or not. People who use these assume low responsibility and control of their lives.

But why would anyone want to do that?

Why We Use Excuses

Suppose it’s New Year’s eve. Everybody is writing the year’s resolutions, some goals being bolder than others.

Once months pass, and you realize you can’t achieve them this year, you have to admit defeat.

But because you told all those people about your ambitious goals, you have a choice:

Most procrastinators see the last one as a safe option to retreat while protecting your identity. In an unfair situation, you can fool others and yourself that success doesn’t depend on you.

Others still see you successful, especially if they fell behind their own commitments. But everyone in silence will know that’s a lie.

So you procrastinate. And because it worked once, you give permission to put off work all the time.

What IF you didn’t make excuses and were blunt instead? You would admit failure and overcome procrastination. You would work on a solution much sooner.

If everybody believes you’re an over-achiever when you’re not, you may use excuses to protect that identity.

But results reveal the truth sooner or later, no matter how comfortable lies are.

#2 You Diminish the Value of Success

It’s easy to justify failure because you didn’t go all in. People won’t judge if you give your best and fail, just as if you won with no effort.

Another trick is to make failure smaller by lowering its importance:

You set your goals for the year with excitement. Once you find out you can’t achieve them, you convince yourself you never wanted it in the first place.

“If I procrastinate, that means my brain isn’t interested in this goal.”

Whether switching goals is good or not for your focus, it’s still an excuse. Failing on something you don’t value is still a failure.

But by giving up on that goal, you detach it from your identity.

#3 You’ve Never Done It Before

If it’s out of your comfort zone, it’s not your identity. That alone will create resistance to anything new you want to try.

Are you the best performer in your company or social circle? If so, you may hear these sayings quite often.

If nobody expects you to do it (not even you), it feels okay to fail. That doesn’t make the task harder, but the temptation of failure pulls you back.

When completing a task for the first time, you’ll likely underestimate the effort it takes to get it done. You will feel frustrated when you get less than what you expected.

Low expectations give you an excuse to work below your potential without getting criticized. If you lose, you might say that you never wanted that goal or other excuses.

Did you quit because you lost, even when everybody thought you were working hard?

What others or you expect of your work ethic has nothing to do with results. If you didn’t achieve it, it wasn’t enough.

I haven’t met anyone who genuinely enjoys feeling stupid or ignorant. Getting out of the comfort zone IS uncomfortable.

Yet, we think that because we worked hard in the past, things will be easier now. But that’s only true if you stay where you are.

Are you satisfied with the life success you’ve created so far? If not, it’s time to get to the next level.

Whenever you start a new challenge, you won’t be successful at first. You will be that newbie who doesn’t know where to start nor how to do anything.

Hey, that doesn’t mean your past achievements are useless. Although difficulty increases, you have access to more tools, even if you start from the bottom again.

Sometimes, that next level feels so uncomfortable. So we feel more successful if we stay on a lower one (comfort zone). Even though you improve a lot, it’s not enough to reach acceptable results.

Accept it. For the first 20h of deliberated work, at least, you will feel like wasting your time, incompetent.

But if you suck for long enough, you get good at anything.

#5 You Don’t Want to Feel a Disadvantage

Nobody starts projects expecting to fail. And no-one likes to admit losses.

Curiously enough, the G.O.A.Ts spend most of their time on the last one. And they get to work, even if they know they will NOT win.

Let’s break that down:

You start your day with excitement. You plan to complete four hours of focused work.

If you read my other procrastination articles, you will want to do it as early as possible. You want to get that momentum boost.

However, as soon as you start, a 3h-emergency happens and ruins your schedule. You will not be able to call it the most productive day of your life.

What’s the most common behavior? If you lost part of the day, you could use it as an excuse to throw it all away.

Two-hour loss? Proceed to lose the other 22. Tomorrow will be a new day anyway.

You keep hoping for perfection, working less than you should. Somehow, you still feel optimistic that you will get the project done before the deadline.

Bad days are demotivating. But does a bad day make it a bad week or a year?

Why look at the whole day as worthless when you only failed for a few hours?

These dangerous streaks can lead to months of procrastination. Stop comparing yourself with your ideal.

What do successful often say?

“I never thought I’d get this far.”

#6 Your Options Are Too Limited

How stressful is it to start working?

These look like unrealistic expectations. They make work harder and less attractive to start.

Here’s what it would look like once you stop procrastinating:

When your attention is on avoiding mistakes, you won’t take enough action. In a crucial project, you would end up on perfectionism and never starting.

You obviously lost time if you did it wrong first and repeated the task. But when procrastination is the problem, we want to get used to action before worrying about results.

Until you get used to the task, you can’t optimize time and results.

#7 You Delay Instead of Spending More Time on Tasks

As procrastinators, we mostly want to take action as fast as possible. If we do something wrong, you can always go back and fix it.

What about decisions carrying permanent consequences? Do you try to make them asap as well?

You spend more time thinking, so you can make the right one. But more time doesn’t mean passively wait until the last minute.

Suppose you have a job interview.

You only have one chance to make a first impression, so Option 2 is too impulsive. Option 3 doesn’t help in any way.

You need to complete the task sooner or later, but you can’t feel confident unless you prepare.

Would you delay if you and everybody knew you could do an amazing job?

#8 You Feel Fear Regardless of Preparation

While it’s not okay to fear failure, it’s very healthy to have fear. In fact, you won’t get rid of it even with the most preparation in the world.

You may tell me that you fear nothing. But don’t you feel uncomfortable when this happens?

Also known as “flinch,” we feel discomfort when anticipating a crucial event. You can use it as an excuse to retreat or as an indicator to take action.

Cold showers energize your body. Talking to people leads to opportunities. Getting work done gets you a successful career.

Whenever you do something meaningful, you encounter this resistance. But once you spend time on the activity for a few seconds, it disappears.

Those who fear failure procrastinate because they expect to encounter resistance all the time.

They don’t realize your state completely changes once you’re in motion.

Can You Overcome Fear Of Failure And Procrastination?

Failure has a different meaning for different people:

Would you stop procrastinating if you got results in proportion to your effort? Isn’t that how it’s supposed to be?

Is it possible that your expectations are misleading you? Mind that:

What can we do?

Ironically, it’s easier to get results when you’re focused on action instead.

What if the goal of the project were to do as much as possible and have fun? You wouldn’t need deadlines or others to remind you what to do.

In the next part, you’ll learn how to stop the fear of failure.

Along with the other articles, you can beat procrastination and never have these problems ever again. 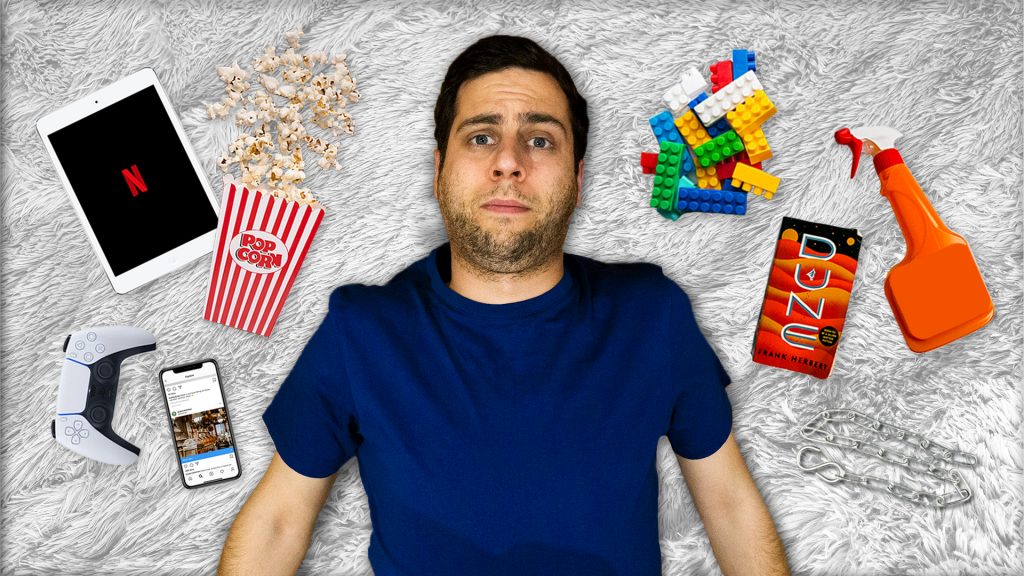 How to Stop Procrastinating: 4 Ways to Get Started 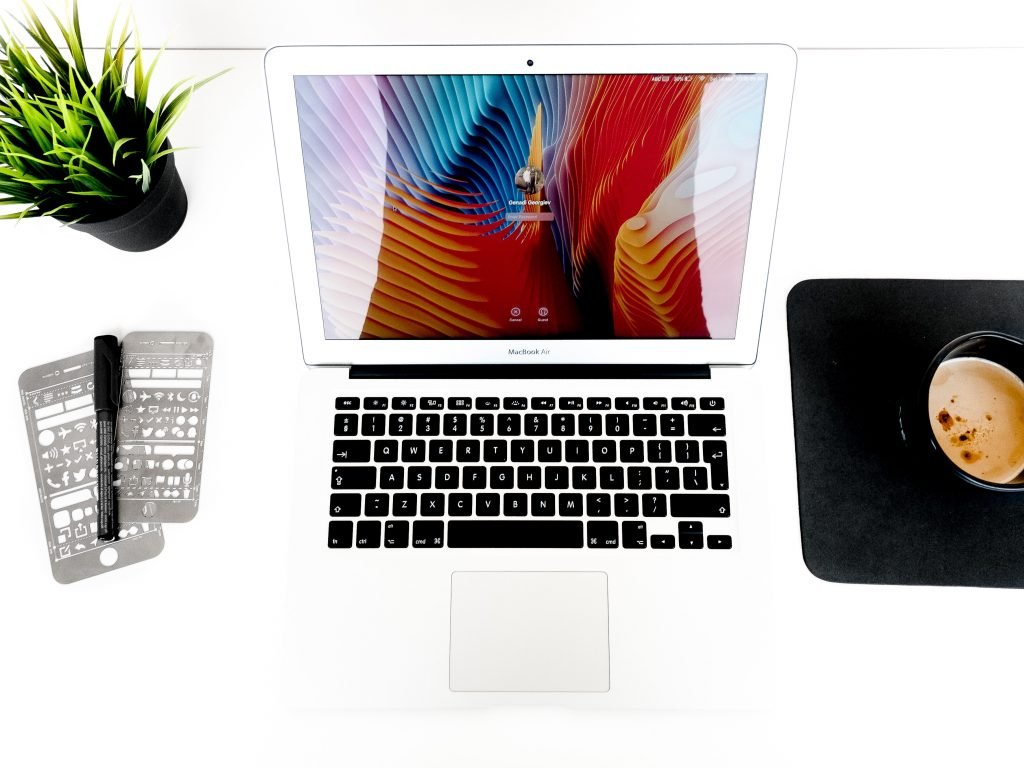 Productive Procrastination: How to Avoid Falling Into the Trap