“Find a judo solution, one that delivers maximum efficiency with minimum effort. When good enough gets the job done, go for it.” 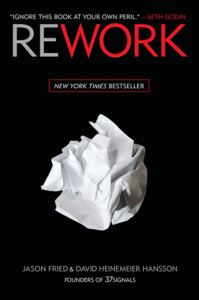 Get the full index of lessons here

ReWork gives insight on how to improve your business, relationships, productivity, and work environment. Quick and easy to read with lots of actionable ideas, all-around a fantastic book on business and entrepreneurship. The perfect playbook for making it on your own.

A written business plan is practically useless. Creating a plan allows you to feel that you can control everything that you actually cannot control, such as market conditions, competitors, customers, economy, etc.

Setting deadlines in long-term plans is also a nonsense. You have all complete information when you are doing something, but not before you have started.

Give up on the guesswork. Decide what you’re going to do this week, not this year. Figure out the next most important thing and do that. Make decisions right before you do something, not far in advance.

“Working without a plan may seem scary. But blindly following a plan that has no relationship with reality is even scarier.”

Expanding prematurely often leads to downsizing, damaging the morale and productivity of those who stay. Sustainability and profitability are more important than growth, so don’t get caught up in the growth hype. Grow slowly and follow your feelings.

Workaholics aren’t heroes. They don’t save the day, they just use it. The real hero is already home because he/she figured out a faster way to get things done.

Make a Dent in the Universe

The easiest, most straightforward way to create a great product or service is to make something you want to use. That lets you design what you know – and you’ll figure out immediately whether or not what you’re making is any good.

Think your idea’s that valuable? Then go try to sell it and see what you get for it. Not much is probably the answer.

“Until you actually start making something, your brilliant idea is just that, an idea. And everyone’s got one of those.”

Ideas are cheap and plentiful. The original pitch idea is such a small part of a business that it’s almost negligible. The real question is how well you execute.

You Need Less Than You Think

There’s nothing wrong with being frugal.  Great companies start in garages all the time. Yours can too.

Embrace the idea of having less mass. Right now, you’re the smallest, the leanest, and the fastest you’ll ever be.

“The more massive an object, the more energy required to change its direction.”

Less is a good thing. Constraints are advantages in disguise. Limited resources force you to make do with what you’ve got. There’s no room for waste. And that forces you to be creative.

When you put off decisions, they pile up. And piles end up ignored, dealt with in haste, or thrown out. As a result, the individual problems in those piles stay unresolved.

Whenever you can, swap “Let’s think about it” for “Let’s decide on it.” Commit to making decisions. Don’t wait for the perfect solution. Decide and move forward.

When is your product or service finished? When should you put it out on the market? And when is it safe to let people have it? Probably a lot sooner than you’re comfortable with. Once your product does what it needs to do, get it out there.

Put off anything you don’t need for launch. Build the necessities now, worry about the luxuries later. If you really think about it, there’s a whole lot you don’t need on day one.

The core of your business should be built around things that won’t change. Things that people are going to want today and ten years from now. Those are the things you should invest in.

When someone interrupts you, the work will not be done. A break crushes your working day. It’s on you to fight back.

Good enough is fine. Find a judo solution, one that delivers maximum efficiency with minimum effort. You can usually turn good enough into great later.

Break large tasks into smaller subtasks. The smaller your problems, the easier to plan them. Divide time intervals into small pieces. Instead of planning a project for 12 weeks, break it into 12-week projects.

Start making smaller to-do lists. The longer the list of unfinished items, the worse you feel about it. And at a certain point, you just stop looking at it because it makes you feel bad. Then you stress out and the whole thing turns into a big mess. Divide your long list to many smaller ones. The List of 100 points to the ten lists with ten items in each.

“Try to separate tasks into smaller pieces until you will be able to fully understand them.”

Make tiny decisions. It’s difficult to make and change serious decisions. One day you will continue to believe that it is correct and will stop to be objective.

Instead, take small decisions, step by step. Taking tiny solutions. It is impossible to make big mistakes. And it’s easier to change them.

Take a habit to say “no” even to the best ideas. Say “no” to define priorities.

The enthusiasm you have for a new idea is not an accurate indicator of its true worth. What seems like a sure-fire hit right now often gets downgraded to just a “nice to have” by morning. And “nice to have” isn’t worth putting everything else on hold.

Trade the dream of overnight success for slow, measured growth. It’s hard, but you have to be patient. You have to grind it out. You have to do it for a long time before the right people notice.

The 4 Hour Workweek by Tim Ferriss: Summary and Lessons 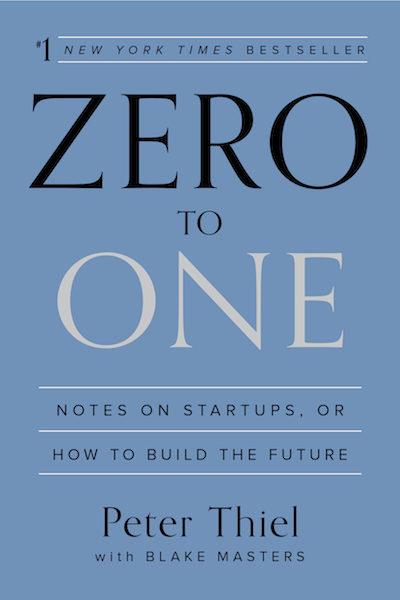