Everything Is Fucked by Mark Manson: Summary and Notes

Related: The Subtle Art of Not Giving a Fuck, Unfu*k Yourself, You Are a Badass, Models

Everything Is Fucked Short Summary

Everything is Fucked by Mark Manson is a book about hope and how we shouldn’t be too dependent on it. Rather, we should create a world in which hope is not a means to an end but an end in itself. Hope should stem from appreciating our own insignificance in the grand scale of things however uncomfortable the truth is. We should accept things as they are and develop virtues based on Kant’s formula for humanity. An excellent book on hope and the crisis of being.

Why Is Everything Fucked

Compared to the vast universe, our actions and material existence are insignificant. Our brains react to our insignificance through the construction of hope which is our mind’s primary goal.

“Hope is the only thing any of us willingly dies for. Hope is what we believe to be greater than ourselves. Without it, we believe we are nothing.”

We project our imagined importance in the universe. But in the real sense, it is just a way of avoiding the uncomfortable truth of our material insignificance. This is what gives us hope.

“Something needs to matter because without something mattering, then there’s no reason to go on living. And some form of simple altruism or a reduction in suffering is always our mind’s go-to for making it feel like it’s worth doing anything.”

Whenever we face adversity, our brains create these hope narratives that give us a sense of purpose. It is one of the reasons people flock to religions. Religions acknowledge this permanent state of unknowing and demand faith in the face of it.

The Paradox of Progress: we are the safest most prosperous humans in the history of the world yet we are also increasingly hopeless. As things get better, our despair increases.

“The wealthier and safer the place you live, the more likely you are to commit suicide.”

To build and maintain hope, we need a sense of control, a belief in the value of something, and a community.

Self Control Is An Illusion

The Classic Assumption: the rational mind should dominate our emotions

“The Classic Assumption sees passion and emotion as flaws, errors within the human psyche that must be overcome and fixed within the self.”

We judge people based on the classic assumption.

Obese and fat people are accused of lacking control over their impulses to overeat.

The classic assumption leads to the belief that we need to change ourselves. Because if we can’t change, it is a sign of internal deficiency.

The brain has 2 parts, the thinking and the feeling brain:

Both of these parts of the brain need to work together and neither is more important than the other.

At the same time, if you deny your thinking brain, you will become impulsive and selfish. You will never be satisfied no matter what’s available to you.

Newton’s First Law of Emotion: for every action, there is an equal and opposite emotional reaction

Pain causes moral gaps that makes us want to equalize.

If someone punches you, you want to punch back.

“When confronted with moral gaps, we develop overwhelming emotions toward equalization, or a return to moral equality.”

Newton’s Second Law of Emotions: our self worth equals the sum of our emotions over time

When moral gaps are not equalized, they tend to normalize. They become part of our value hierarchy.

“We trade narratives with others, looking for people whose narratives match our own. (…) And those who carry narratives that contradict our own? We call them evil.”

Narratives form part of our identities. We protect them and react emotionally when challenged.

To form new identities, we need to change our narratives.

“The only way to change our values is to have experiences contrary to our narratives.”

To heal, we need to replace our faulty values with better healthier ones. And the way to do this is to allow our feeling brain to visualize the future that we want for ourselves.

Emotional gravity: people are pulled towards other people with similar histories and experiences like our own

How To Make Your Dreams Come True

All humans feel powerless and guilty for existing. This is a source of our despair.

Strife is universal although we tend to think that we are the only ones suffering.

How to establish your own religion:

According to Nietzsche, there are two types of moralities:

Nietzsche believed that slave and master moralities are the root of all political evil in our world and throughout history.

As religions grow, they define ingroups and outgroups and spur conflict between groups that have opposing values and rituals. It is this conflict that maintains hope. In other words, hope requires that everything be fucked.

We must stop hoping and accept what is. That is the only way to end the perpetual cycle of conflict.

Part II: Everything Is Fucked

The Formula of Humanity

To become emotionally healthy individuals, we must break out of the constant bargaining of the adolescent brain that only seeks pleasure in a give and take relationship. This is the secret to becoming an adult.

“While the people who navigate life through bargaining and rules can get far in the material world, they remain crippled and alone in their emotional world. This is because transactional values create relationships that are built upon manipulation.”

The adult recognizes that an abstract principle is right and good for its own sake even if the reward for you is not immediate.

Being honest is the right thing to do although it might not always help to be honest.

All the major world religions try to pull their adherents to unchanging principles. But religions ultimately become corrupted and become human institutions.  They cannot meet the goal of ending hopelessness and creating adult virtues.

The Formula for Humanity: act that you use humanity, whether in your own person or any other, always at the same time as the end, never merely as a means

The only way of improving the world is by improving ourselves.

“Kant understood that there is a fundamental link between our respect for ourselves and our respect for the world. The values that define our identity are the templates that we apply to our interactions with others, and little progress can be made with others until we’ve made progress within ourselves. “

Pain Is the Universal Constant

The Blue Dot Effect: humans warp their perceptions to fit their expectations. We expect bad things where there are none.

“Pain is the universal constant of life. And human perception and expectations warp themselves to fit a predetermined amount of pain. In other words, no matter how sunny our skies get, our mind will always imagine just enough clouds to be slightly disappointed.”

We cannot rid ourselves of pain and any attempt to do so will backfire. Pain is the experience of life itself and positive emotions are only the temporary removal of pain.

Hope is self defeating because no matter what we achieve in life, we shall always adjust our expectations to maintain a steady sense of adversity.

Pain is the source of all value. It is what gives life meaning.

Modern marketing techniques take advantage of the customer’s moral gaps and then offers a way to fill them.

Feelings make the world go round and this is because people spend money to make themselves feel good.

“Money is a form of exchange that is used to equalize moral gaps between people.”

There are two ways of creating value in the feelings economy:

Self limitation is the only ethical form of freedom. It is not the privilege of doing what you want with your life but choosing what you will give up.

“Freedom itself demands discomfort. It demands dissatisfaction. Because the freer a society becomes, the more each person will be forced to reckon and compromise with views and lifestyles and ideas that conflict with their own.”

Artificial intelligence is the final religion. It is the religion that lies beyond good and evil and the one that will unite and bind us all.

We only need to stick around long enough for the technology to take hold. And the way to do this is by adapting our technology for our flawed psychology rather than exploiting it.

We also need to stop exploiting people and enshrine the virtues of autonomy, liberty, privacy and dignity. At the same time, we need to create tools that help our thinking brain better communicate with our feeling brain. 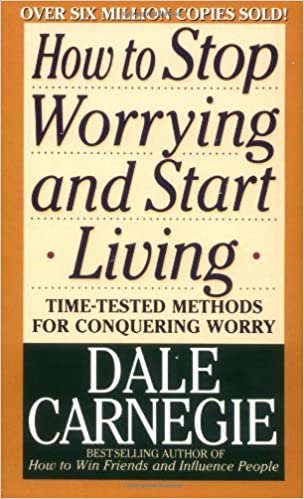 How To Stop Worrying And Start Living by Dale Carnegie: Summary and Notes 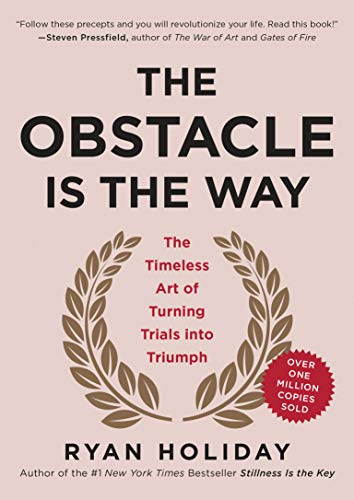 The Obstacle Is The Way by Ryan Holiday: Summary and Notes